This is my new post. I collaborated with writers Ann Tran and Glen Gilmore to profile the social recruiting phenomenon TweetMyJobs. It's cross-posted in the Huffington Post Business Section.

As America climbs out of its worst economic crisis since the Great Depression, many platforms are being created that connect businesses with the prospective employees who can complement and enhance their workforce. One such platform is TweetMyJobs, a successful firm that has fundamentally changed the way jobs are searched online. Named by PC Magazine as one of the "10 Best Job Search Websites," they are what you would call a true pioneer in "social recruiting."

"Social recruitment," the practice of using social networks as a platform for matching job openings to job seekers, is a phrase of relatively recent vintage, though it as a practice that many companies are working hard to tap into. Panero, Tiffany & Co., Radio Shack and Verizon, among others, are ahead of the curve, and use TweetMyJobs' services to recruit employees.

TweetMyJobs' impressive online infrastructure has also caught the eye of the White House, local politicians and even tech enthusiasts. These contacts have helped enhance its ability to employ Americans workers using the ever-increasing power of social networking. Its groundbreaking agreement with the City of Atlanta further illustrates this point. Its Twitter profile proudly proclaims, "We're the leading social recruitment and job distribution network, working hard to match job seekers with employers." From its tweets and its activities, it seems that it just may be. TweetMyJobs' visionary CEO Robin D. Richards granted us an exclusive interview. 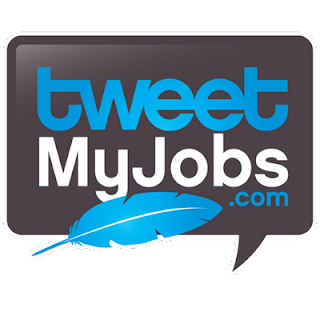 TweetMyJobs had more than 2 million interactions on Twitter with job seekers and businesses last year. That's a tremendous number, confirming just how popular social recruiting has become. Social recruiting is all about distribution in real time. Job seekers not only want highly relevant job matches, which we provide, but they want them wherever they are (on any device -- be it e-mail, text message or on social networks like Twitter) and whenever they please -- instantaneously, daily, weekly, etc. That's the power of social recruiting. Great job matches, where you want them, when you want them.

Your firm was asked by the Obama Administration to help with its jobs initiative for military and young adults. How did that come about? We were very proud and honored to be selected as one of the partner technology companies for the Joining Forces Initiative. We were introduced to the CTO of the United States through our contacts at Twitter and made a commitment, along with a number of other technology companies including Simply Hired, LinkedIn and Google, to help the initiative. We contributed by making job listings easier for veterans of the armed forces to find through TweetMyJobs, as well as establishing veteran-specific job channels on Twitter for every state and major metropolitan area, a special landing page for veterans to find and follow these job channels, and custom notification alerts for veteran committed jobs.

Explain how the TweetMyJobs ground-breaking agreement with the City of Atlanta came about, and what it entails. We have embarked on a public-private partnership with Mayor Kasim Reed and the City of Atlanta, focused on connecting local businesses with city residents seeking employment. The initiative is ground-breaking, as Atlanta is showcasing its role as an early adopter and forward-thinking city by leveraging the power of social networks and mobile distribution to help combat unemployment -- as well as to help employers and job seekers use a new platform, at no cost to either the job seeker or the employer. In addition, the City of Atlanta Jobs Platform will deliver robust analytics to city officials. This data will provide government leaders with hyper-local insights that can help steer key strategic decisions to foster future job growth and enhance relations among the government, employers and citizens. It's a win-win for all involved.

You've expressed a strong interest in taking the framework of the Atlanta partnership to a national level. Any recent developments that you can share that are moving this one step closer to reality? We'll be making another announcement very soon. Governments, on a local and national level, truly have enormous power to help bridge the gap between the jobs their residents are seeking and the positions available in their regions. We're proud to power these initiatives as the technology platform that puts these great policy ideas into action. Watch this space for more announcements soon.

How can social media in general embrace this type of jobs-and-recruiting platform? The key to making any technology platform a success is continued engagement and awareness. Whether that's an influential politician like Kasim Reed tweeting to his constituents or spreading the word at his annual State of the City address to thousands of attendees, an e-mail campaign to job seekers, or posts on Facebook and Twitter, when there's such an important cause at stake -- jobs in this country -- then it's up to us as a social media community to spread the word and make sure that employers and job seekers don't miss out on these innovative, new social platforms in the career space.

This infographic video below, courtesy of TweetMyJobs, illustrates their commitment. WATCH: