This is the latest post in our series, TwitterPowerhouses, which focuses on the contributions of people who've helped to expand, influence, and redefine how we view social networking. It was co-written by Amy Neumann and Mark Horvath. It was also cross-posted in the Huffington Post Technology Section.

No matter who you are, or where you are from, every member of humanity is inspired by the extraordinary stories of ordinary people in social media. Great stories re-awaken and rejuvenate us, and are retold, re-imagined, re-invented, and, retweeted. Who among us isn't impressed by the tech insights of Jazz Baker and Kathy Meyer; the global adventures of Paul Steele and JD Andrews; and the goodwill of Lotay Yang and Ryan Hodgson? They tell their stories: passionately and consistently. As Madeline Ostrander keenly observes:


There is strength that comes from knowing one another's stories. Personal stories remind us that others face the same difficulties and vulnerabilities we do. We discover our own power when we realize we aren't alone and recognize humanity all around us.

Jeff Pulver, one of the most accomplished social figures of our time, is a master in this space. He brilliantly uses technology to "connect" all areas of the globe, so it's easy to see why his 140 Conference, which launched in 2009, has become an institution and a must-attend global event. Everyone it seems has a seat at the table, and is drawn to the speakers who come to share their thoughts. When you present the storied history of social media, its important to "honor the source", meaning you highlight the industry trailblazers behind decades of groundbreaking concepts. The men and women who laid the foundation. But, you also give voice to a new generation of leaders advancing the conversation, and elevating the medium. Connecting those dots is the genius of Jeff Pulver.

All of the writers on this post have met Pulver. We believe there is something impressive about an accomplished visionary who remains humble, and works vigilantly to keep the social media door of opportunity wide open for others. So we were excited when he agreed to an interview. His own story of innovation, entrepreneurship and philanthropy is impressive by any standard. He believes in the old saying: "You don't shine by putting out someone else's light." This is why he remains both successful and relevant. 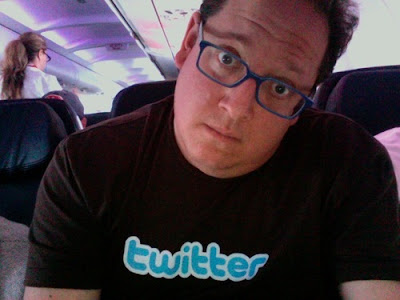 As a co-founder of Vonage back in 2001, you have an eye for the future of technology. What trends are you spotting from meeting all the social media "characters" at your 140 Conferences?

I helped pioneer the VoIP industry back with work I did starting in 1995, the founding of the VON Coalition in 1996, the launch of the VON conference in 1997 and the passing of the Pulver Order in 2004. My work with VoIP continues to this day. Vonage came out of another company I started back in 1998. You could say that I have been exploring the future edge of technology for awhile. The one trend which is consistent is the return and rise of humanity. A mega trend which will become more obvious in the months and years ahead.

Your 140 Character conferences are hugely popular, #140conf on Twitter, where you bring in "characters" for 10-minute sessions on a wide range of social media-related topics. You feature many social good panelists. What types of social good do you find yourself most drawn to?

It should be noted that #140conf is not a conference about Twitter. It is a conference which explores "The State of NOW" and the effects the real-time web is having on both business and on individuals. #140conf is just the hashtag that we use to promote the conference and the underlying conversations amongst our worldwide community. In terms of social good, I find myself drawn to the people who are discovering their new found ability to bring about positive change by leveraging the social web and their voice or passion. Whether it is building schools in third world countries, raising money for those affected by natural disasters, sharing love with those who need it the most, or sharing my voice to help raise awareness of something which needs attention, as long as it something positive and good, I am happy to help. I look for those people whose passion you can feel and whose track record shows that they know how to take an idea and a vision and morph it into something with meaningful results.

At the Los Angeles #140conf in October last year, you introduced a brilliant singer with a guitar that you heard on Third Street Promenade in Santa Monica and loved. That guy, Andy Grammer, is now a wildly popular national artist. Do you have other similar stories, anyone you'd like to highlight?

Serendipity and music are continued themes at the 140 Conference. At the first Tel Aviv #140conf in December 2009, music artist Yoni Bloch shared the platform which was the basis of his new startup Interlude. It was used to create the interactive music video which S-Curve Records used to launch Andy Grammer. This video won MTV's 2010 Interactive Video award. I make a small cameo. Back at the first #140conf in June 2009 in New York City, Diane Birch was introduced to the #140conf community and performed at the same event where Wyclef and Jim Jones spoke at. She gave a great performance.

What new social media projects are you excited about?

One of my own personal pet projects is JustCoz. It is a platform for social good, where we offer the ability for people to donate a tweet to causes which they wish to support. I also have a new stealth-mode startup which is playing in the social communications space.

How would you define yourself in 140 characters?

Authors' Note: In case you missed it, here's Part 23 of the series: Maz Nadjm on the Power of Twitter.
Posted by 2morrowKnight's Awesome Blog at 3:50 PM