A New Voice for Asian Americans

This is cross-posted in the Huffington Post Culture Section.

Eighty-years ago, in his best-seller The Epic of America, historian James Truslow Adams coined the phrase “American Dream”. He defined it as not merely the acquisition of riches and luxury vehicles, but rather as the opportunity to prosper and succeed according to one’s own ability. Sung Lee, the President of AMN Radio, couldn’t agree more. His newest venture is giving vision and voice to those who are helping to redefine the dream, and its significance, for a new generation.

In a major move, Lee’s AMN Radio has partnered with Radio Seoul to create a radio programming that speaks to the Asian-American experience. Their first show called “The CL Show” went on air July 30th of this year. Its host, Christina Lee, is well known in the digital entertainment industry and in the Asian community. She’s also the host of “Pulse”, an online show from the PlayStation Network. 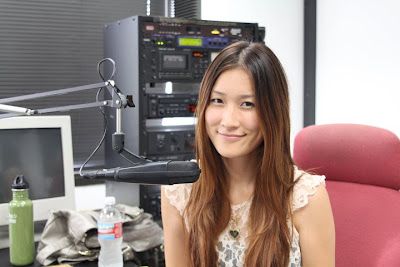 “The CL Show” originates from Los Angeles. It’s the only English language radio show currently in the United for Asian-Americans. It’s available to listen live on the Radio Seoul app on iPhone, and soon will be available to download on podcast. These are necessary steps to reach every possible demographic, especially the elusive 18-34 range, which is not being properly served or represented.

Which brings us back to the pursuit of the “American Dream”.

Christina Lee does an extraordinary job. She’s perfect for twenty-first media: someone who brilliantly articulates the culture-neutral commonalities that bring us together, and the culture-specific differences that make us unique. In an America more diverse and vibrant than ever before, Lee’s show is a necessary platform to discuss, debate and design the issues that engage our communities. Though designed with Asian-Americans in mind, it easily appeals across ethnicity, gender, race, and region.

AMN Radio’s Sung Lee told me that his goal was to create a network with tremendous value. And he’s done just that. After all, the American Dream is about value. Always has been. Not just tolerating each other, but valuing each other. With that kind of appeal, AMN Radio will soar. Yes, America is at its best when it creates, builds, and thrives on the strength of many voices. And host Christina Lee is certainly a voice worth listening to.

For more info on AMN Radio and its upcoming projects, follow them on Twitter feed and friend them on Facebook page.
Posted by 2morrowKnight's Awesome Blog at 4:21 PM