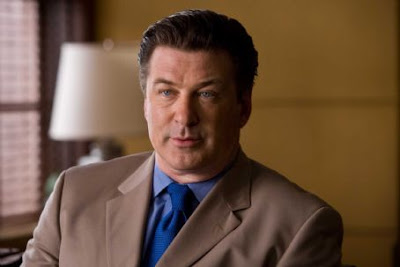 Though this may be a surprise to some, I knew that one day soon actor Alec Baldwin would lean strongly toward a run for political office. He's voiced his intentions over the years, but his recent talk with CNN's Elliot Spitzer was the most interested I've ever seen him about leaving entertainment for politics.

His Democratic views are well known, and he is a strong supporter of animal rights and the environment. He would be a compelling figure in the political arena. Anything could happen, but I expect more celebrities to test the waters. John Grisham and Tom Hanks have been asked to run by Democrats, and Kelsey Grammar and Gary Sinise have been courted by Republicans.

But with Baldwin in congress, there would never be a lack of excitement. Never. He's very popular with women and young people, two heavily prized demographics both political parties want going into what will likely be a wild 2012 political season. Will Baldwin do it? Stay tuned.

Posted by 2morrowKnight's Awesome Blog at 12:01 AM