This is cross posted in the Huffingtonpost Impact Section.

Awesome. Life-changing. Fantastic. Amazing. Incredible. These are just some of the words I would use to describe my Twitter experience of 2010. It has been fun making sure that my feed is a force of positivity as well a great resource to those in search of information. I take it all very seriously.

I tell everyone: I’m from the school of Adventurer and Twitter Powerhouse J.D. Andrews, who always says, “Use twitter mostly for the ‘WE’, and not the ‘ME’”. And how do you do this, you ask? It’s simple: by engaging and connecting with your followers; retweeting and recommending new people whenever you can; saying “Thank You” and displaying a daily dose of gratitude; and creating more social media success stories and being happy for those who rise (and rock!) in Twitter’s 140 character format.

There are lots of numbers in social media: followers, listings, app “scores”, etc. But to me, there is one number that shines above all else: the number of people whose lives are impacted by what you do. People are always watching and taking notes. So why wouldn’t you want to put your “best tweet forward”?

If 2010 was the “Year of discussing Influence”, I believe 2011 will be the “Year of making an Impact” – as in showing tweeters practical ways to use their online influence to make an impact around the world. The way entrepreneur Lotay Yang has done with The Black Card Circle Foundation and military hero Paul Rieckhoff with his Iraq and Afghanistan Veterans of America. I can be much better in this area myself, and I intend to be.

So embrace those people who support and contribute to the very best of what Twitter and social media has to offer. Not the takers, but the givers. You know who they are. And deep down inside, you know who, and what, you want to be. Make it happen.
Happy New Year!
Posted by 2morrowKnight's Awesome Blog at 5:22 AM 2 comments:

A Powerful Story from Haiti (VIDEO)

It has been almost a year since the devastating earthquake that shook the island nation of Haiti. The world responded in a big way. In fact, writer Jose Antonio Vargas reasoned earlier this year that the Haitian Tragedy helped to create the Global Citizen 2.0. Never before had the world spoke in nearly one voice to such a catastrophe. Certainly, technology aided the response. It was truly a beautiful moment.

As 2010 wore on, the "Rebuilding of Haiti" left the front pages. But it never left our collective hearts. There have been so many Haitian stories of hope and revival, and the pictures continue to be heart-stopping. This video below, courtesy of CNN, is nothing less than riveting. It's a great story about quake survivors reuniting, and dealing with the pain of that experience. Let's hope that stories like this will keep the world engaged into 2011 and beyond.

Posted by 2morrowKnight's Awesome Blog at 1:41 PM No comments: 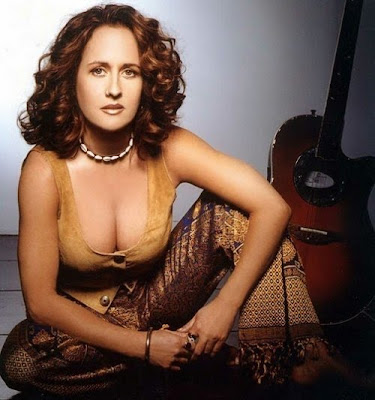 Like many music fans, I am mourning the passing of one of the true giants of the music industry: Teena Marie (pictured here). She died in her sleep this past Saturday. Passionate, soulful and multi-talented, she came out of Motown Records in the 1970s. From there, she was mentored by the late Rick James, who gained fame with younger audiences through those now legendary and hilarious bits on The Dave Chappelle Show. James helped to create and mold her musical career in the early to mid 1980s.

Her songs "I Need Your Lovin" and "Square Biz" are certified classics.

But beyond all of that, Marie will always be known to fans of Rhythm and Blues (R&B). She knew the history of the music, the people who pioneered the sound, and the ambitions of those who embraced and promoted it. For that, she became one of the few white performers to be widely and enthusiastically loved by African-American audiences. This is why she was called "The Ivory Queen of Soul". I loved her music. She will be missed.
For a great write up on her, check out this piece in The Washington Post.
Posted by 2morrowKnight's Awesome Blog at 4:54 AM No comments:

Wow!! This has to be one of the best talks I've ever seen about why there are so few women leaders . Sanberg touched on some powerful points. Though split in three parts, together is packs quite a punch. She talks about the positive correlation between "likeability and success", and drives it home with a great study about the intersection of gender and business.

Also, she gives an eye-opening account of an exchange she had with a young woman, which reveals something that society is consistently overlooking. Though she considered it to be embarrassing, I thought it was very courageous for her to admit. Trust me, this is one of the best 14 minutes you'll spend watching a video.

Fantastic speech on a necessary topic.

The folks at Google have taken their artistry to new heights with their new doodle. Colorful, striking and detailed, the 17 illustrations took 250 hours to complete. They will run through December 25th. It is clear that Bing, which has a new picture on its front page every day, has forced Google to step its game up - incorporating historic and special occasions with its logo. And over the last year in particular, Google has done this quite effectively.

Posted by 2morrowKnight's Awesome Blog at 7:20 PM No comments:

Congratulations to the Huffingtonpost! 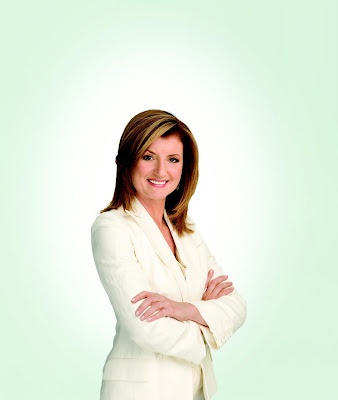 Huffingtonpost Editor-in-Chief and co-founder, Arianna Huffington
Andy Plesser of Beet.TV revealed in his latest blogpost what many predicted early this year: that the Huffington Post would be surging towards online supremacy by years end. In November, it had a stunning "26 Million Unique Visitors" in the United States. According to comScore, it is now the number two "Newspaper site" in the country.

The Huffington Post was launched on May 9, 2005. I remember the day as vividly as I remember the original design and page layout. There was an energy and excitement around the launch, though it was only one page. But now, five and a half years later, it has tremendous variety, and is very forward thinking with respect to social media. In addition, it has racked up an impressive number of achievements: an impressive number of Webby Awards, and it has been called the most powerful blog in the world by The Observer.

To say that I am honored to write for the Huffingtonpost is an understatement. Its a tremendous platform on which to publish your ideas, and connect with readers from all over the world. Though impressive, I know this is just the beginning of Arianna Huffington's amazing vision. She gets a huge congrats from me. Amazing woman. Amazing website.
Posted by 2morrowKnight's Awesome Blog at 4:43 PM No comments:

Holiday Gift Guide 2010: The Foodie and the Health and Wellness Guru (Video)

What is the holiday season without food and drinks? Chicken, turkey, yams, potato salad, egg nog...and TreeHugger! Yes, the men and women at TreeHugger are back with some great, always timely green tips about food, health, and the holidays. I love the video.
Posted by 2morrowKnight's Awesome Blog at 9:40 PM No comments:

One of the World's Amazing and Forgotten Subways

I love reading about abandoned cities and underground spaces around the world. An army of people dedicate their lives to spotlighting these amazing finds. In fact, a simple google search will yield information and pictures about abandoned subway stations in New York, London, Paris, Boston, and Toronto. Amazing!

But out of them all, the abandoned Cincinnati Subway System - built in the 1920s - is the most interesting. Though originally planned as a 16 mile project, only seven miles were tunneled. Six stations were built, and no tracks were laid. Three stations remain, and the other three were demolished, with barely visible entry points into the tunnel.

According to historians, the city couldn't secure the necessary funding to complete it during the 30s or World War II. Unfortunately, the tunnel fell into disrepair, and the region was looking into other ways to accommodate residents. Cincinnati Transit has the entire history of this nearly forgotten structure. The four subway pictures below are courtesy of Cincinnati Transit's truly informative website.

A 1920s picture of the early construction phase, left, and a layout 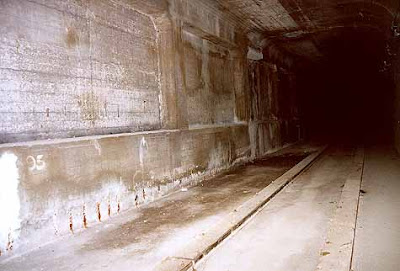 A picture of the Linn Street Station 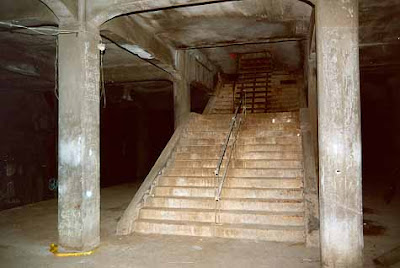 A picture of the Race St. Station 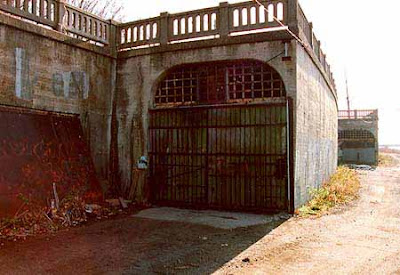 A picture of the Hopple St. Tunnel

Posted by 2morrowKnight's Awesome Blog at 3:05 AM No comments: 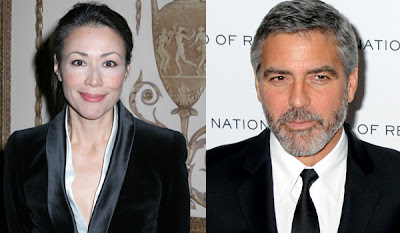 The respect I have for George Clooney shot way through the roof this evening. The interview Ann Curry did with him was truly Must-See TV. The viewer got a chance to see the roots of Clooney's generosity. I've always respected those celebrities who use what I call "the full equity of their fame" to make a difference in the world: Edward Norton, Don Cheadle, Barbara Streisand, Matt Damon, Whoopi Goldberg, Brad Pitt, etc. I love their activism, and I always promote their projects.

I don't understand the belief that entertainment celebrities should not have a opinion on anything beyond movies and music. They care about the environment, pay taxes, and have a deep concern about the world future generations will inhabit.

Clooney and his buddy Brad Pitt believe that if the cameras are going to be on them, they should be socially responsible and try to focus our attention on issues not getting much-needed publicity. If you ask me, that's a brilliant strategy.
Posted by 2morrowKnight's Awesome Blog at 11:29 PM 1 comment: