Aaron Lee on Influence and the Future of Social Media

This is the latest post in our series, TwitterPowerhouses, which focuses on the contributions of people who've helped to expand, influence, and redefine how we view social networking. This is cross-posted in the Huffingtonpost Technology Section.

Visionaries like Brett Petersel and Courtney Wiley have long argued that social media needs less superstars, and instead, more "superstar thinking" that moves it forward to the next level of greatness and creativity. Twitter's Aaron Lee couldn't agree more. Like a man on a mission, he is helping to lead the charge.

Lee's success lies not in what he posts, but rather, in how he participates. He is constantly connecting people, recommending apps and tools, and always thinking about ways to make social media more user friendly. He doesn't just engage people who he believes can do something for his career, or retweet people who only have a high number of followers and listings. Make no mistake about it: Lee is a friend to everyone.

Lee gets major respect because he shares his knowledge of social media with others and remains incredibly humble and grounded about his success. Despite the demands on his time, and the volume of people who contact him, he is always willing to lend a hand. This is a man who adds tremendous value to whatever he does. And social media is that much better, smarter, and richer with his presence. 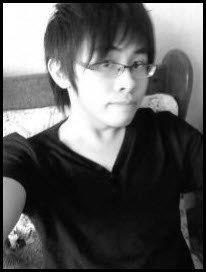 How do you use Twitter and social media to connect with your audience?

I think the hardest part about social media is that there are so many things going on at once. People don't really have to time to consume all of it. So I have a rule. I call it the "Rule of 5," where I make sure to engage at least five people on Twitter even though I have the busiest day. I use cotweet to help me manage my Twitter account. With cotweet I am able to reply to my audience easily. This rule also applies throughout other social networking sites like Facebook where I will leave comments on other peoples wall posts. I also comment on five blogs a day and it helps me out. One thing I understand about social media is that listening is more important than talking and so many people don't understand that.


In just one year's time, you've become one of the world's most respected voices in international marketing. That's quite an accomplishment.

Thanks. I have the people on Twitter and other social networking sites to thank for that. If it wasn't for them, I don't think I would have a voice at all. The relationships that I've built through Twitter and other social networks like facebook and Linkedin helped me a lot because it enables me to network with many individuals, and it helped me to build my brand. I wasn't always able to do that though. I did tons of mistakes when I started to be in social media. At first I thought people will be interested with what I have to say and what I share. Boy was I wrong. Yet this is something so many people get wrong until today.

Social media is about who knows you and the only way that they can know you is by getting out there and connecting with people. Sure, you could wait for people to approach you but that would take a longer time. If you don't network or talk to people, nobody will ever know that you exist. But when you reach out to people and get to know them, and ask them what they do for a living, I am sure they would ask back what you do for a living. Then you could say that you sell cars for a living and that if they are looking to get a brand new car you would love help them. This is exactly why I like social media. One of the best tips that I can give is "Just be you and treat people how you want to be treated." It pays off in the end.


You have to be one of the most positive people I've met in social media. How do you maintain that sense of joy with so much negativity in the world?

What negativity?! (Laughs). Kidding, one of the best methods to stay positive is to connect with positive people, if you feel someone is too negative or is negative 24 hours a day ... then unfollow them. There are tons of positive people out there who will cheer you up when you go on twitter or when you're down. Usually, when I feel tired I'll go on Twitter and see what my twitter friends are talking and jump into conversation. A lot of them put a smile of my face with their goofiness and jokes. I simply love them.

Sure there will be people who will say some negative stuff to us on Twitter but we shouldn't let them influence us. Why let a rotten apple spoil our Twitter experience, right? I had someone tweeting me, and saying a couple of negative stuff to me and asking me to silence myself on twitter. I replied "no thanks" and forgot about that person. You can't let anyone steal your joy, or ruin your social media experience.


You bring so much to the table - business tips, great writing style, knowledge of social media, and just plain awesomeness. What's next for you?

Great question. This is something I ask myself every day. I'm in my final year of college for marketing degree so I have a year more to plan what is next for me, but for now I want to continue with what I do. I'll continue sharing, giving, improving my writing - on my blog, and continue to network with great individuals. I feel privileged to continue learning from them.

I want to learn as much as I can in social media so that I can apply it after I graduate. I plan to start my own firm in the future. Although there are definitely more established companies out there, it is a challenge I have set for myself, and I can't wait. I thrive on challenges! One thing is certain: I don't see myself having a 9-to-5 job. I've always wanted to go on my own and I love the idea of doing what I love. I believe "social media" has just begun to take off, although it was introduced a few years ago and it wasn't as popular as it is today. But many businesses are beginning to be as active as their customers on social media. This is good because I believe companies should "go to where the crowd is." When I have my own company, it will definitely be there too.


How would you describe yourself in 140 characters?

An average Joe, but my height is below average. Love to talk, love to network and passionate in what I do.

Author's Note: In case you missed it, here's Part 11 of the series: Twitter's Lori McNee, and the Art of Love.
Posted by 2morrowKnight's Awesome Blog at 4:03 PM