This is the latest post in our series, TwitterPowerhouses, which focuses on the contributions of people who've helped to expand, influence, and redefine how we view social networking. This is cross-posted in the Huffingtonpost Travel Section.

In Louis Armstrong's tune "What a Wonderful World", you hear the words of a man whose life has been shaped by the beautiful and awe-inspiring things that feed our imagination. In fact, this could easily be the theme song for the award-winning, world-class adventurer J.D. Andrews, who tweets under the name earthXplorer.

For more than 20 years, his production work with the travel industry has taken him to nearly 80 countries: to the Mediterranean marvels of Spain; the ancient ruins of Egypt; and the stunning landscapes of New Zealand. And one can't help but be impressed with his epic journey across the entire continent of Australia.

Andrews has always believed that with great success comes great responsibility. This includes using his life to make a positive impact on others worldwide, and specifically working and partnering with those who do the same. This is why his firm, earthXplorer Productions (with its list of high-end clients), is never too busy to produce videos for charities and nonprofits.

Andrews is not just a traveler or an explorer. He is, quite literally, an Ambassador of the Planet. His footprints are in every corner of 6 continents, which is one of the reasons he gets respect in every corner of the Twitterverse. So grab your passport, and enjoy your journey through the Wonderful World of J.D. Andrews. 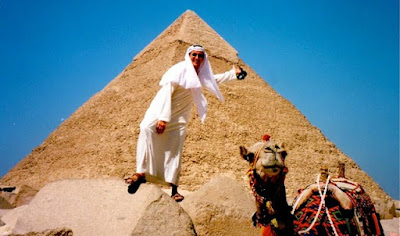 You have visited 74 countries on six continents. What are your impressions of our planet?

To me there is nothing better than getting out and exploring the world. Meeting new people, seeing amazing places, and let's not forget the food! The one thing that surprises me everywhere I go is how kind people are. Of course, you will always have the negative folks as well, but most people go out of their way to be nice and it gives me so much hope for the future. It shows how we are more alike than different. We also need to be good to our Planet. As Astronaut Mike Massimino Mike Massimino said "It's Fragile, It's Beautiful, It's perfection & we need to take care of it."


I love your quotes. My favorite is "Twitter is about the WE, not about the ME." I know this is not just a statement; it's truly the way you approach social media. Can you explain that a little further, for the readers?

In my opinion, Social Media is supposed to be just that, Social. Don't just post, participate! Twitter is not (just) about posting specials, ads, deals etc (i.e., Twitter Spam). A lot of companies/individuals haven't quite figured it out yet. They get a website, Facebook page, and Twitter account to be "social-media savvy," but don't' realize that the real value in these tools is the opportunity to interact (as opposed to just using Twitter as an RSS feed). It's not suppose to be about "ME." There are so many amazing people out there, people you would never have a chance to know if it wasn't for Twitter. Ask questions, say hi, engage others, and most importantly, have fun! Twitter is a large community (that's having a cocktail party) and everyone is chatting about what's interesting to them -- travel, sports, music, art, politics, work, food, etc. But Twitter cannot exist without everyone sharing and responding. That's the 'WE' as in "We are Twitter!"


You're a huge supporter of NASA, and a serious science geek. Since you've seemingly mapped every corner of our wonderful planet, what other planet in our solar system would you want to visit, and why?

I do love NASA, they "GET" twitter and put on some amazing Tweet-Ups. I was lucky enough to be invited to their last NASATweetup at Cape Canaveral for the final Atlantis shuttle launch. For all of us, it was an incredible, once in a lifetime experience! As planets go, Saturn would have to be the one that I'd love to eXplore! It's huge, colorful and, come on, who doesn't want to see what those rings are all about! (Laughs) 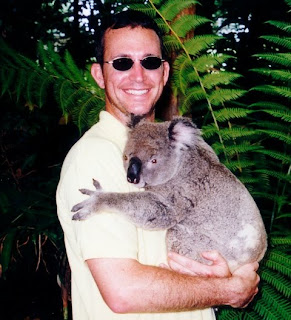 In early 2011, you are teaming with "Sir" Paul Steele and 12 other tweeters on a climb in the Himalayas to benefit Charity Water. How did that come about?

I was honored that Paul Steele asked me to join the Mera Twitter Team to climb Mera Peak, the highest trekking peak in Nepal. Paul is a serious climber. Me, not so much. I just started eating better and getting a serious workout plan together so I don't collapse on that mountain (Laughs). If it was just something I was doing, it would be easy to chicken out, but we are climbing for Charity Water and I don't want to let them or the team down! It will be an amazing adventure. I hope the Himalayas have wi-fi (Laughs).


You are always doing something amazing. How many more countries do you plan to explore?

As many as I can! I'm always looking for the next adventure, and can't wait to share my experiences, tips, and mostly pictures and videos with my Twitter friends! As I always say, It's a big world out there, it would be a shame not to experience it.


How would you define yourself in 140 characters or less?

With a quote of course -- "I have no special talent. I am only passionately curious" ~ Einstein

Author's Note: In case you missed it, here's Part 8 of the series: 16 Tech Titans on Twitter.
Posted by 2morrowKnight's Awesome Blog at 5:04 PM