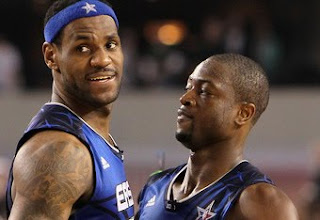 Within the hour, I just found out that Lebron James, one of my favorite NBA players, is going to play for the Miami Heat with superstar Dwayne Wade. On its face, its a great paring. Lebron and Dwayne will surely sell tickets, win games, and create lots of buzz. It's going to be an exciting time.

But I believe Lebron may, may, be in for a rude awakening in the Eastern Conference. The Boston Celtics and the Orlando Magic are not going to roll over and play dead. Both teams have great starting players, and Boston has one of the best benches in the league. I wish Lebron nothing but the best, but, unless they get a notable power forward on their roster, their success will surely be limited.

If Lebron and Dwayne do make it to the finals, I wonder what would happen if they faced the best player on the planet... 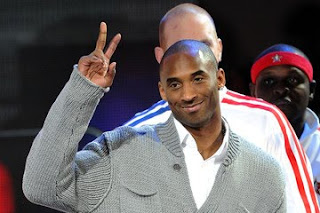 Say it with me now... Kobe! Bryant!
Posted by 2morrowKnight's Awesome Blog at 7:29 PM