Facebook Group Praying for Obama's Death? Are you Kidding Me? 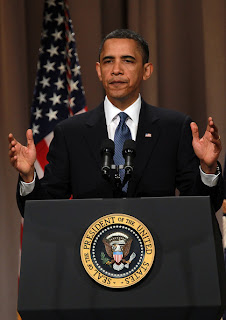 Though I don't write regularly about politics on this blog, I am more than aware of the daily (even hourly) ugliness President Obama and his family have had to endure. I won't be recounting any of that in this piece. But, I do want to shed light on something that wasn't on my radar until today: a Facebook Group with a million followers praying for the death of Barack Obama.

I am not going to argue the First Amendment about this matter. But, I believe Facebook has a duty, and a responsibility to take the page down. Not because millions more find it offensive, but, because of the record number of death threats to President Obama. I don't know what can be done, but I am mortified.

I spent two years (Spring 2007 to Fall 2008) volunteering for the Obama Campaign, and creating a 50 State "email" Strategy to combat the vicious rumors and innuendo that were circulating about him on the web. If I have to dust off my old operation to assist him in what will likely be an ugly, hysteria filled 2012, I'll likely point to this Facebook page of "Obama Death Proponents" as the thing that drove me out of retirement.
Posted by 2morrowKnight's Awesome Blog at 5:07 PM