A Glimpse into Sarah Palin's Future 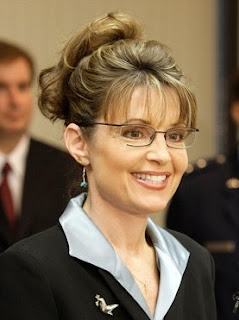 Journalists, bloggers, pundits, commentators, and political strategists are at a loss over what Sarah Palin will be doing in the very near future. I have no doubt that she will not be running for president. I'll spare my readers a lengthy expose of why I believe this. Let me say just say this: her recent appearance on The Tonight Show with Conan O' Brien should provide us with a clear idea of Palin's actual ambition: television.

Yes, I believe she's angling for her own show. No, not a late night gig, but something Oprah-esque. I have no concrete proof, but I definitely think it's in the cards. She hasn't been doing any hard-hitting policy interviews, and probably won't do any. She's just going to continue going on shows where she can showcase her humor, and maybe even take a few jabs at her rivals. There is nothing wrong with this route of course. It's just not exactly the way you get elected president.

Trust me, Palin is not running for president. As I wrote in the Huffington Post in September, Rep. Debbie Wasserman-Schultz will be the first woman to be president or vice-president. Palin's future is in television, and its conceivable that she could have some modest success.
Posted by 2morrowKnight's Awesome Blog at 2:21 AM