When technology fans think about the movers and shakers of social media, they often cite Gina Bianchini of Ning, Evan Williams and Biz Stone of Twitter, Mark Zuckerberg of Facebook, Pete Townsend of Mashable, and Ashton Kutcher of Katalyst, among many others. As we close out another exciting year, it's natural to wonder what people and innovations will be among the most talked about in 2010 and beyond. One name buzzing in industry circles is Ameeda Chowdhury, the visionary and enterprising CEO of SnazL, the hot, new site for web 2.0 enthusiasts. 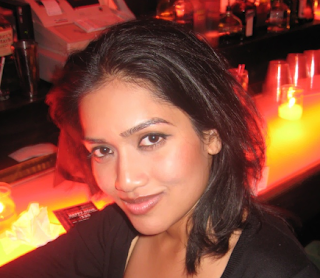 Ameeda is, quite simply, a revelation. She talks passionately about social media's proven ability to connect the world, and, to help promote awesome ideas for the greater good. SnazL, she believes, can take things to a new level. She started the company straight out of school with friend Bo Zhao, a fellow Williams College grad. In fact, it was conceived in the basement of their college chapel. While Bo runs operations in Beijing, China, Ameeda spearheads efforts in New York City, and does all of the company's outreach.

Thus far, her inspired efforts have paid off. A well-received, how-to video about SnazL has hit the web:

Additionally, SnazL is currently partnering with New York Entrepreneur Week, Nov. 16th to Nov. 20th. This is perfect because the marriage of social media and business has been nothing short of amazing. Also, SnazL has partnered on a deal with Singaporean filmmaker Tan Siok Siok, and executive producers Jeff Pulver and Geo Geller, the team behind the groundbreaking Twittamentary. This is huge. Make no mistake about it: Ameeda is a tremendous spirit whose enthusiasm for innovation and networking knows no limits. My Q&A with her is confirmation.


You are the creative force behind the social media site Snazl. There's been nothing but great buzz about it. What differentiates it, and sets it apart from sites?

What sets SnazL apart is its interactive media experience. It's much more human and simplifies your online life. User's don't just watch media on SnazL, they can connect interactively around rich media, sync up media across multiple sites, and update across them all. Each SnazL is like it's own video, a rich media video wiki, if you will, that you can embed anywhere. In fact, I was asked recently about Snazl's place in the real-time web movement. It's a great question. SnazL's magic is that it enhances our digital lifestyles from ever-flowing real-time web information streams to a more human stream of richly shared experiences. It unlocks the real-time web's potential further by allowing people to connect across locations based on having common ground/interest.


Snazl is very much apart of the launch of the Twittamentary. What does it aim to achieve and how will it be different from other documentaries on Twiter?

Twittamentary is a crowd-sourced documentary, so we wanted an easy way for the community to be a part of the story and live the experience. Community members can add their video, image, or audio story directly to the Twittermentary Snazl media stream, and pass it on to their friends to add it as well. The SnazL also enables supporters of the Twittermentary to come together and watch clips together in real-time from anywhere. Twittermentary aims to explore the human impact of Twitter. We want to see the lives of all kinds of people. The stories we're getting are tremendous. Some are web celebrities, some are homeless, some are cancer survivors. The cross section of participants is amazing.


2009 is ending on such a favorable note for you. What's next on your radar?

The heart of SnazL is its community, and we want to connect with more people who have the same desire for better connectivity on the web. We want to reach more people and help them discover how SnazL can improve their digital lifestyles, making them more interactive and streamlined. We are looking to grow. We want every human being, in ever corner of this great planet connected to Snazl.

To find out more about Ameeda Chowdhury and her exciting projects, connect with her through her SnazL profile, and, through her Twitter feed. To get more info on the Twitter documentary mentioned above, log on to Twittamentary.
Posted by 2morrowKnight's Awesome Blog at 12:38 AM