Hollywood Pairings I Would Love to See

It's always good when Hollywood studios, directors, producers, and writers are really thinking out of the box. No, I'm not talking about over the top special effects, or ridiculous props. I'm talking about the pairing of great actors to enhance the quality of a film, and in the end, ensure excited movie-goers. Yes, popular actors at the top of their game, working together to bring serious sizzle back to the box office.

Remember Michael Mann's epic crime drama Heat? Remember that tense, no holds barred stare down in the restaurant between Al Pacino and Robert De Niro? That was great acting. Michael Mann and producer deserve credit for knowing that a Pacino-De Niro pairing would electrify audiences. We need more of that type of pairing.

Here are five, long overdue pairings I would love to see on the big screen:

Julia Roberts & Sandra Bullock - This has been one of the biggest cinematic questions for years: why haven't these two lovable actors who attract the same audience done something together? Both have shown their dramatic range, and are great in romantic comedy fare. But I know there is a serious film that these two giants could star in. It would be pure dynamite! 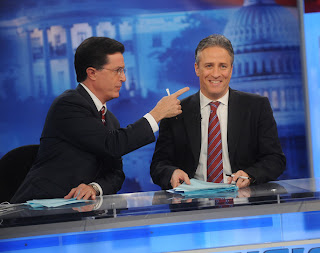 Jon Stewart & Stephen Colbert - These two have the best hour on TV. We know they're funny. Very funny. But these two need to be in something completely out of character. I could see these two being the emotional anchors for a movie similar to The Big Chill. Throw in actors like Jay Mohr, Ryan Reynolds, and Hank Azaria and now you have a hit. Stewart and Colbert have an extraordinary connection with each other that should not be confined to Comedy Central.

Halle Berry & Gabrielle Union - Berry has starred in some good pictures, but I believe she hasn't been getting the right role of late. Union, a star of the ABC hit show Flash Forward, is one picture away from breaking it open. On paper it might not look like much, but these two could really bring the heat. Halle would make a great return, and Union would be on her way. 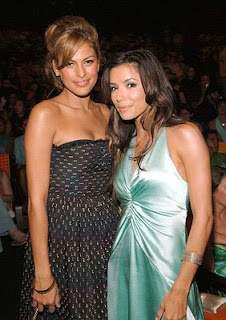 Eva Mendez & Eva Longoria - Having the same name would give the film a huge boost in the PR department. This would be a marketer's dream. Mendez's international box office appeal would benefit Longoria whose success has been relegated to television. If the script is hot, then the PR for the movie starring Eva and Eva would be box office gold.

Denzel Washington & Tom Cruise - So that there is no misunderstanding, let me just say that Denzel Washington is my favorite male actor, and has been for two decades. There were great pictures he starred in that were never nominated for an Oscar (Remember the Titans and Courage Under Fire) and pictures that were Oscar-nominated but should have won (Hurricane and Antwone Fisher). As for Tom Cruise, he is still one of my favorites, regardless of what press he gets. Cruise was never nominated for Jerry McGuire, but should have been. He should have been nominated for Magnolia too. In fact, his performances have been consistently over looked for Oscars. But if these two get together, Cruise could excel. Both have incredible range, and I know bringing them together would be awesome.
Posted by 2morrowKnight's Awesome Blog at 1:15 AM