Congrats to Rio on Winning the 2016 Olympics!

I want to wish everyone in Rio de Janeiro, and in Brazil, a big congratulations for being selected by the International Olympic Committee (IOC) to host the 2016 Summer Olympics. It's a great honor for a country to host an event that showcases and celebrates cultural diversity. I know because I lived in Los Angeles for the 1984 Summer Olympics and in Atlanta for the 1996 Summer Olympics.

Let me also say that Chicago would have been a great choice as well. President Obama, First Lady Michelle Obama, Oprah Winfrey, Michael Jordan, Lebron James and others did their best to get the IOC to pick Chicago by playing up the city's rich history and venues. Yes, the Chicago Delegation gave it a great effort. Congrats to them too.

But now the world stands behind Rio de Janeiro, and we wish them a great 2016 Summer Olympics. I'll be in Rio for the games, to visit friends from college, and to check out the sites and sounds.

In fact, I can't wait to climb to the top of this peak to see the famous Christ the Redeemer Statue: 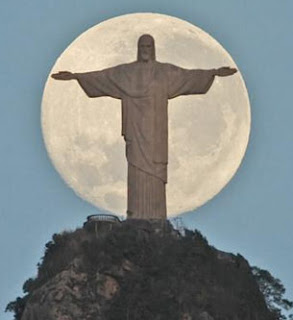