Obama's Speech to Kids is about Encouragement NOT Indoctrination 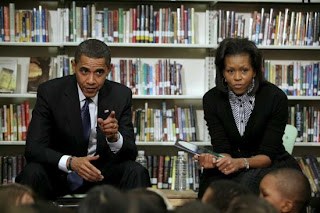 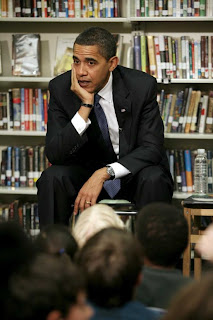 The controversy over President Obama's speech this week to the nation's kids is absolutely silly. Big time. Conservative parents and critics have claimed he is trying to indoctrinate their kids, but this is completely false. The speech is about personal responsibility, and taking your education seriously. And what is so wrong about a president making this kind of speech?
So let me get this straight: some conservative parents don't want their kids to see a speech from President who strongly values and embraces education? Wow. Just look at President Obama's biography. He admittedly did "ok" in high school and in his two years at Occidental College in Los Angeles. But he was, by all accounts, an academic and intellectual star during his subsequent 3 years at Columbia University, and, later during his years at Harvard University Law.
In his 2nd year at Occidental College, he stopped playing around and took his education seriously. His mom and sister stayed on him and told him that he was in danger of squandering a lot of great opportunities. He took their advice to heart, and buckled down. I love that story. It's about the power of (1) strong "family values", and (2) personal responsibility - the kinds of things that apply to ALL Americans regardless of race, ethnicity, or gender.
It's really a shame that some conservative parents and pundits are allowing lies and fear (and even ideology) prevent their kids from watching a webcast from a committed family man who love this country and values education.
Get the full text of his speech right here.
Posted by 2morrowKnight's Awesome Blog at 9:48 AM