Abraham Lincoln once remarked that you can tell the measure and character of a man through what he does with power. Throughout 2009, musician, philanthropist, and Brooklyn resident Josh Charles has proven this to be true. Whether on Tavis Smiley's Show, CNN, USA Today, or Good Morning America, it's clear that Charles is a man on a mission.

A popular figure in entertainment circles, Charles has donated his time and money, and used the equity of his celebrity, to help the City of New Orleans return to its former glory, and, to make sure it carves out new roads of cultural significance for future generations.

His inspiring breakthrough song, Healing Time, is making waves: 100% of the profits have been going to the rebuilding of New Orleans, and, it's also eligible for a Grammy Award in 3 categories: Best New Artist, Song of the Year, and Record of the Year. Indeed, his passion is as inspiring as his path to success. 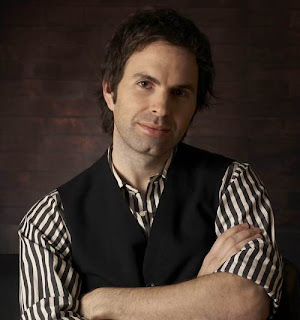 How did you get started as a musician?

I began playing piano when I was 8 years old and grew up with the sounds of Motown in my house. My folks grew up in Detroit and besides those records, my mom used to play a hefty dose of James Taylor and The Band. I got into U2 and Sting at an early age and wanted to play piano and guitar. I started guitar at 13. I was classically trained and spent my summers at band camp. The way I play piano now can be traced to the fusion of New Orleans and gospel styles from a popular radio station I listened to. I heard James Booker, Allen Toussaint, Dr. John, Professor Longhair and everything changed for me. I met Dr. John as a teenager and he became my mentor over the years. It was a real blessing. My first professional gigs besides school recitals started when I was 16 at blues and jazz clubs in Kansas City. I moved to New York City at 19 and began playing everywhere they had pianos. I studied with Barry Harris who really taught me so much about music. I've played all kinds of music but always come back to my love for soul and funk.


You've received lots of praise for creating the song Healing Time to raise money for the rebuilding of New Orleans. At last check, your efforts are really making a difference.

With Healing Time, I'm trying to do my part to give back to the City of New Orleans which has given me so much as an artist. Everywhere I go, people seemed to be moved by the song itself. Our goal is to raise $1 million for New Orleans which has taken a backseat as far as recovery efforts are concerned. There is so much work that needs to be done, and there are still tremendous challenges. For instance, there are over 2000 FEMA trailers still in the city of New Orleans. That's just unacceptable to me. I'm trying to do what I can - with Healing Time - to raise money and bring awareness back to New Orleans. I'm so touched by the amazing world of social media, especially Twitter where I consistently get traffic on my profile @joshcharles. There are so many amazing people, too many to name, who have gone out of their way to help me raise awareness and money for Healing Time. As of now, we are working on a campaign to encourage artists from different genres to cover the song and make it their own. We will also have a Youtube channel where people can upload videos talking about what Healing Time means to them.

As I've been on tour this past Summer, people have come up to me and expressed what Healing Time means to them and it's taken on a much broader definition than the way it was written. The images I saw were so vivid and the damage was so vast that I thought "it's going to take so much healing time to fix this". Neighborhoods destroyed, and lives shattered. It was overwhelming. When you write a song, you never know how it will evolve or how people will react to it. I've been approached by people who are recovering from cancer and they have shared stories with me of how Healing Time has helped them. I'm so moved by people's reactions. Currently, we are in talks with sponsors to match donations to what we raise for New Orleans, and then donate to different charities that help soldiers who have just come back from war and also patients recovering from cancer. We are working to create a movement for Healing Time as this is the right time, and the right place to make a difference as a country. 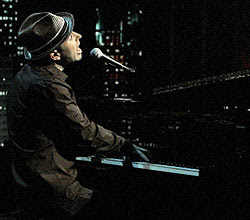 What does New Orleans mean to the American imagination?

People think of partying in New Orleans and they think of Bourbon Street and the French Quarter. They also think of the visual aspects such as the St. Charles streetcars, and the mansions along side Tulane. The music and the food stand out among people who've ever been to New Orleans. Generally speaking, I've never met anyone who has not had a great time after visiting the city. New Orleans is the cultural birthplace of jazz, blues, gospel, funk, zydeco, dixieland, R&B, and rock & roll. From the earliest pioneers like Jelly Roll Morton and Louis Armstrong leading all the way up to the Neville Brothers, Dr. John, Professor Longhair, Wynton Marsalis, and now Lil' Wayne. The music is unique to New Orleans and the people of the city are incredible. The architecture is so amazing and there is a real spirit to the city that's exciting, mysterious and mesmerizing. Let's not forget the delicious food, I mean that's taking it to another level!


2009 has been quite a breakthrough year for you. Lots of critical praise, and a loyal and dedicated fan base. What's next for you?

I just came off the road from touring with Buckwheat Zydeco, Cyril Neville and The Neville Brothers. I'm currently working on finishing up my new CD which is going to be very rootsy, bluesy, and feature a whole lot of my piano playing. The album is being mixed by Gregg Rubin (multi-grammy award winning mixer for Harry Connick Jr). I have a live solo EP that will also be coming out very soon which features my solo performances from this year. Currently, we're in talks to go to New Orleans to shoot a music video for Healing Time which will be set against the backdrop of the city and feature real human life stories of people going through the healing process. Just recently, I started the process for forming a 501(c)(3) non-profit titled The Healing Time Foundation which will focus on raising money to help rebuild New Orleans. The fourth anniversary of Hurricane Katrina just passed and I want to say to your readers that we need them to download Healing Time. You can buy it on Amazon and itunes. You can gift it to everyone you know through itunes and you can donate in $10 increments to our Facebook cause. New Orleans is not receiving enough federal monies at this time. The Preservation Resource Center, where I'm donating the proceeds from Healing Time, is doing amazing work to help rebuild the city. To date, they have rebuilt over 200 green homes and businesses. Don't you think that that's worth a $.99 download? I do. Together, we can all make a difference in this world.

To get involved with Josh Charles' efforts to renew this quintessential American city, New Orleans, go to JoshCharlesMusic.com. You can also fan him on his Facebook Page, and follow him on Twitter.