"Why District 9 Will Win The Academy Award for Best Picture" 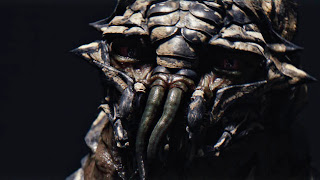 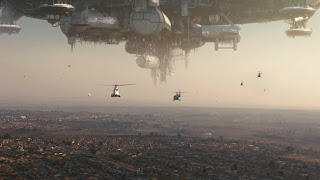 District 9 is indeed a special kind of film. It combines the sci-fi suspense of Aliens, the capitalist bravado of Wall Street, and, a richly, intellectually satisfying vibe. The result is an instant, genre-bending masterpiece. It's a powerful metaphor for xenophobia, isolationism, and intolerance.
Right now, I believe it's the front-runner for the Academy Award for Best Picture. Sure, a movie like this doesn't usually get any Oscar-love. After all, classics like Remember the Titans (1998), The Matrix (1999), The Matrix Reloaded (2003), Mona Lisa Smile (2003), and Spider Man 2 (2004) weren't nominated for Best Picture.
What makes this film different you ask?
Well, because of where we are as human beings at this point in our history. The film's provocative subject matter will force reflection and comparison to the historical and contemporary atrocities that dominate our discussions, and, that strengthen our resolve to expose human degradation wherever it exist.
Looking at this film, you can't help but think about America's own history of conflict. And, in this early decade of a new millennium, that even with policy and demographic shifts and serious generational friction, we have the most diverse America ever - an America that's more diverse (every day) than the previous day. I do believe none of this will be lost on Oscar voters either, as they will see District 9 as both morally challenging, and culturally relevant.
The full scope of humanity is on display in this awesome film, an action-packed thriller that packs a hard punch to the gut, and is truly worthy of Oscar's biggest prize.
Posted by 2morrowKnight's Awesome Blog at 2:39 PM