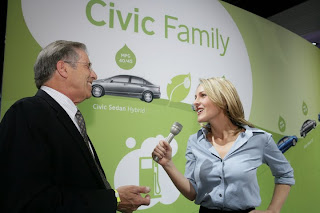 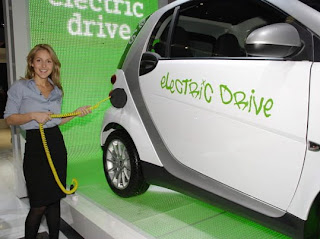 And Zaleski has continued to approach life with thoughtfulness we don’t see in many people—let alone reporters.

Having written for Treehugger.com, TheDailyGreen.com, and Eco-Chick.com, and launched Huffington Post Green, Olivia Zaleski has been a serious and tireless proponent of energy efficiency and green living. She’s reported on solar powered eateries, wind turbines made in America, advances in geothermal energy, and unlikely partnerships and alliances between eco-activists and corporations. And in the process, unbeknownst to most, Zaleski has become one of the world’s strongest voices on environmental issues and the need for a green economy—not bad for a 25-year-old.

Her popular do-it-yourself video series, Home Work, has been a runaway hit with consumers because she shows how performing several energy saving tips can qualify them for tax rebates and federal dollars. She’s also host and co-producer of the Emmy-nominated series Business of Green, which examines the nexus of sustainability and business, and profiles the people and firms conceptualizing changes and solutions to increase efficiency and save money.

But this award-winning dynamo is not only well-versed, but also media savvy. She makes regular appearances on ABC’s Good Morning America Now and Discovery Networks’ TreehuggerTV. Her Twitter feed has become a wealth of information for the eco-challenged. And she’s in demand on the lecture circuit, having moderated two blockbuster forums this year: the 2009 Green Travel Summit in Newport Beach, and the Lifestyles of Health and Sustainability Forum in Boulder.

Whether it’s speaking or reporting, Zaleski brings passion and effervescence to her work, as well as a refreshing approach to examining thorny issues. There is not necessarily one side that’s right and one side that’s wrong—for Zaleski, the goal is simply to get us further down the line on one of the defining issues of our time, the creation of a green economy.

Make no mistake about it: this journalist, activist, green living enthusiast and eco-visionary is most certainly a major player, carving out a new niche for the media. It’s a matter of time before she’s a household name.
This was cross-posted on The Stimulist.
Posted by 2morrowKnight's Awesome Blog at 1:19 PM