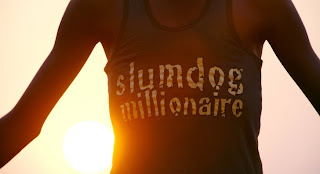 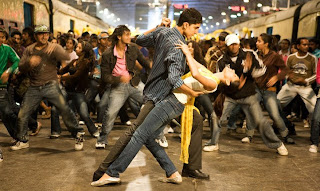 You know what I mean: you enjoyed Slumdog Millionaire s-o-o-o much that you're hoping something else like it will appear on the horizon, something that could produce the same movie magic and evoke the same sense satisfaction. Well, I can't speak for anyone else, but ever since I saw Slumdog Millionaire last year, no movie has even measured up.

And look, I've see a lot of movies this year. The independent, moderate budget flicks - The Soloist, My Sister's Keeper, The Proposal, & Away We Go - are my favorites so far. Yes, the fanboy in me really got a thrill from Terminator Salvation, Pelham 123, Public Enemies, Star Trek, X-Men Origins, and Transformers. And the big kid in me really enjoyed Monsters vs. Aliens, Up, and the Ice Age and Night at The Museum sequels. I must admit, it’s been a banner year.

But nothing, I mean nothing, has even come close to the power of Slumdog Millionaire. It was the most rewarding movie experience that I've had in a long time. I walked out of the theatre with boundless energy, and the Herculean belief that I could move The Himalayas if they were an obstacle. The movie packs an unforgettable emotional punch, and it's a visually dazzling feast from beginning to end. It's what movie making is all about: stylistic greatness and unmistakable originality. Remember The Color Purple and the spider coming out of the hole as Celie looks through Mister's belongings? Classic! Remember Aunt May talking to Peter Parker in Spider Man 2 about how people believe in folks who do the right thing? Classic! Remember the extended sequence of colonial-era music and violent clashes toward the end of Last of the Mohicans? Classic!

I could go on and on, but you get the point.

Eventually, I'll get over my longing for "another Slumdog-esque movie". More great movies and masterpieces will emerge, and my Slumdog withdrawal symptoms will be gone. Well, here's hoping we get many more great, original, and extraordinary films in the years to come. But right now, in this very minute, as of this second, Slumdog still rules!
Posted by 2morrowKnight's Awesome Blog at 3:30 AM