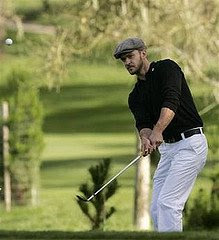 The list of celebrities who support sustainability, alternative energy, and green construction is lengthy. Moreover, the list is also long for those who champion issues like deforestation, climate change, population growth, and the seemingly rapid extinction of many species of animals and plants. The impressive list of eco-friendly celebrities includes Cate Blachett, Robert Redford, Cameron Diaz, Leonardo Dicaprio, and Harrison Ford.

Justin Timberlake is the most recent celebrity to make huge waves in this arena. He has taken the term eco-cred to new and commanding heights with his golf course in Memphis, Tennessee. It opened on July 25 to great fanfare and public interest. Why? Because Timberlake invested $16 million of his own money to make it the "greenest" golfing course in the United States.

His sprawling 303 acre course, called Mirimichi Lakes, is the first in the U.S. to receive the Audubon International's Classic Sanctuary certification. According to Timberlake, when his pioneering course is complete sometime this Summer, it will be a Platinum LEED certified green course, making it the first in the United States.

Yes, I'm an an avid golfer and a huge Timberlake fan. But as an environmental activist, I see this as great news on top of freakin' fantastic news. For a long time, being eco-friendly wasn't exactly the sexiest thing on the planet. But as long as we have folks like Timberlake using the equity of his celebrity to move green issues and concerns forward, then there's hope humanity will vigorously embrace the benefits of being green, and seize the moment to protect our planet.

Posted by 2morrowKnight's Awesome Blog at 2:28 AM