4 Reasons Rep. Debbie Wasserman-Schultz Could Be President or Vice-President in 2016 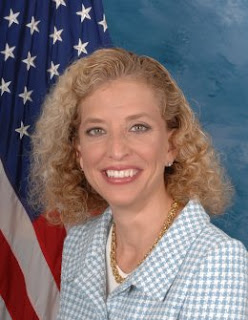 I've said for sometime that a woman will be president or vice-president in 2016. Yes. Trust me. I believe it wholeheartedly. A woman whose name is in the mix is U.S. Rep. Debbie Wasserman-Schultz. I know, I know, you're saying, "I’ve never heard of her. She doesn't have the name recognition of Sarah Palin or the major public policy buzz of Kathleen Sebelius. And she's not a Governor or U.S. Senator." All of this true. But Schultz is riding a wave that will only get bigger. And picking her has its advantages.

Here are 4 reasons she could be on the Democrats' 2016 National Ticket:

Democratic Unifier – Throughout the 2007 and 2008 Primary Season, Schultz was resolute in her support for Hillary Clinton. Whether on TV, radio, or in the blogosphere, Schultz was an unflappable supporter. But when Barack Obama won the Democratic Nomination, Schultz quickly endorsed him and campaigned vigorously. None of this has been lost on any of the Democratic Party constituencies. Her tireless efforts to unify the Obama and Clinton camps won her kudos from the party faithful, and instantly made her a power player in national politics.

Florida, Florida, Florida – Schultz represents Florida in the U.S. Congress, and coincidentally, Florida is a swing state and a bellwether state, as both major political parties covet its huge batch of electoral votes. It has heavily Democratic Miami, heavily Republican Jacksonville, as well as the sparsely populated panhandle which is also reliably Republican. But Schultz is the type of Floridian who could tap into and solidify the robust population growth among the I-4 corridor that connects Daytona Beach, Orlando, and Tampa. This would keep the state Democratic.

Her Jewish Heritage – For years, it was a forgone conclusion that a Jewish American would never make it to The White House. But with the more tolerant views of 80 million politically involved millennials (who helped elect President Obama), Schultz’ Jewish heritage won’t be a liability. It would be interesting to see how she approaches the protracted Israeli-Palestinian conflict which continues to impact our Middle East Foreign Policy. Moreover, her presence would ensure a record turnout among American Jews – a turnout that could be higher than even Joseph Lieberman was able to deliver as the V.P. Candidate for Al Gore in 2000.

The Years 2016 & 2020 – What’s the significance of 2016? Because it's the 100th anniversary of Jeannette Rankin being the first woman elected to the Congress. Her election was all the more remarkable because women couldn't vote at that time, and were clearly relegated to second class citizenship. All of this means 2016 will be sturdy a bridge to 2020, which is the 100th anniversary of the woman’s right to vote in America. See how things could shape up? It promises to be a very reflective, euphoric, and celebratory period, and Schultz (with her considerable political gifts) could take full advantage of the great national mood 2016 & 2020 will engender.
Posted by 2morrowKnight's Awesome Blog at 6:35 AM