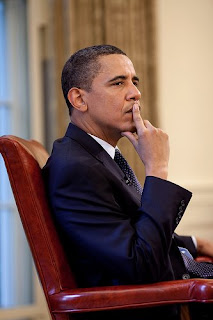 President Obama will have done a great thing today when he signs a memorandum extending benefits to same-sex partners of federal employees. Since taking office in January, President Obama has done more for gay rights than any president in history. Yes, in history. He signed an LGBT Proclamation on June 1st - the first in 8 years. He granted his gay diplomatic staff benefits for their families. He has hired over 100 openly gay Americans to serve in his administration. He has called for Congress to pass The Matthew Shepherd Hate Crime Bill (the House did; its stalled in the Senate). He has ordered The Department of Defense and the Pentagon to review ways the Don't Ask Don't Tell (or DOMA) policy can be repealed.

While there have been some missteps and mistakes along the way, I am very happy that President Obama also:

- is in constant contact with leading LGBT groups, in an effort to keep them abreast of his staff's ongoing federal review of the more than 1000 rights that need to be updated to benefit gay partners.

- personally invited hundreds of openly gay couples and their kids to the annual, family friendly White House Easter Egg Hunt. This is big because a president has NEVER done that.
- hired Fred Hochberg to head the Import Export Bank, which is one the highest, and most important appointments of an openly gay American in the history of presidential politics.
But of course, none of this is new for President Obama. He has targeted discrimination against gays in housing and employment. And, as an Illinois State Senator, he co-sponsored a ban on discrimination based on sexual orientation. (The measure became law after Obama was elected to the U.S. Senate).
Indeed, there is much more to do with respect to LGBT issues. President Obama would even acknowledge that. But just because he is not moving fast enough for some activists, doesn't mean he has no intention of keeping his promises. Critics, foes and detractors may have legitimate issues and concerns, but no one can characterize what President Obama has done as insignificant, or label it as "crumbs".
Think about it: he inherited 2 wars, a horrible international image of the presidency, the worst economy since the great depression, a terrible housing crisis that has deflated property values, and so much more. With everything on his daily plate over the past five months, I'd say President Obama has done a very good job. But hey, he's just getting started. He can do more on gay rights, and I believe he will. Stay tuned.
Posted by 2morrowKnight's Awesome Blog at 3:32 AM