10 Potential Villains for the Next Spiderman Movies

Like President Obama, I am a huge fan of Spiderman. Huge! In fact, I was so moved by Spiderman 2 (regarded by most critics as the best super hero flick ever) that I've seen the movie over 50 times. No lie.
So of course, I wait anxiously for Spiderman 4 & Spiderman 5, which will be shot back to back, and released in 2011 & 2012, respectively. The big question for me is: which villains will make it into the movies? Any fan of the web-slinger knows the list is quite long. We've already seen 5 in the first three movies.
According to my sources at Columbia Pictures, no villains have been selected yet, so I figured I would drop some names that I'm sure hardcore fans like me would love to see. Here my top 10: 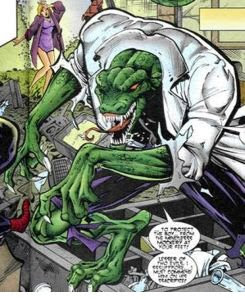 After attempting to regrow his missing arm with a reptilian serum, Dr. Connors (Peter Parker's tutor) is inadvertently transformed into a monstrous creature with scaly skin. 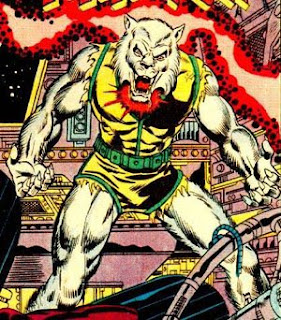 Remember J. Jonah Jameson’s son John, the astronaut who almost married Mary Jane near the end of Spiderman 2? Well, he finds an item on the moon. It attaches itself symbiotically to his throat. Subsequently, he transforms into a creature whenever the moon is full. 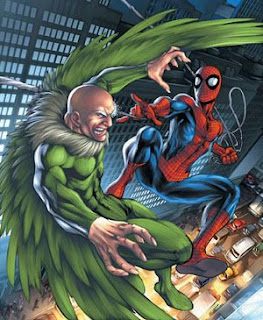 An engineer driven to utter madness by a betrayal over his wing harness invention. This character is an elderly man who is given superhuman strength when he’s wearing the harness. I could see Patrick Stewart or Ben Kingsley in this role. 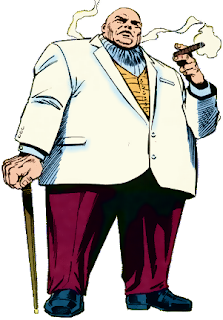 Kingpin is my favorite villain in the Spiderman series. He is a serious criminal mastermind. He's big, but quite nimble. 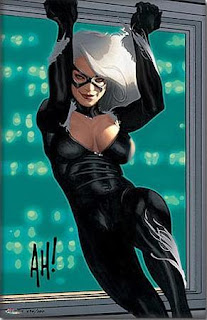 After being sexually assaulted on a date, she trains in martial arts to hunt down and the perpetrator. Eventually, the person is killed in a car accident, so she turns to cat burglary. With Black Cat & Spidey, producers could create the type of sexual tension that exists between Batman and Catwoman. Ali Larter of Heroes is rumored for this role of Black Cat. 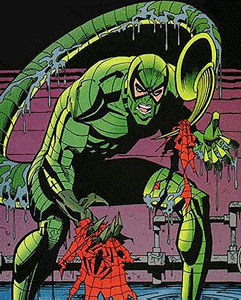 Mac Gargan is a private investigator hired to find out how Parker gets great pictures of Spiderman. Sometime later, Gargan takes part in a animal-mutation experiment that turns him into Scorpion, complete with a tail that shoots acid. 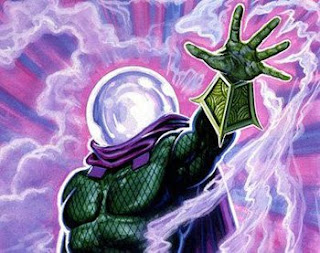 A Hollywood special effects artist tries to become famous for killing Spiderman. He uses illusions and his skills as a stuntman. 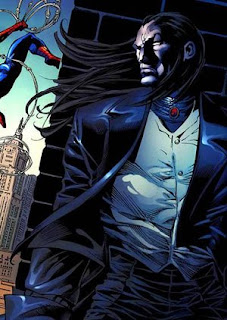 Morlun is centuries-old, vampire-like villain, He looks to feed on exceptional specimens like Spiderman, who bridge the world's genetic divide. Morlun is not a major character, but quite intriguing. 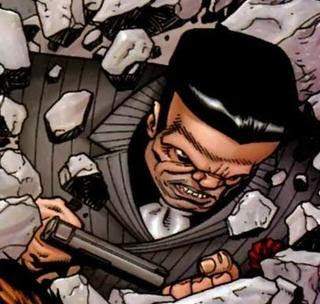 With a rebuilt skull (made of steel), a petty crook named Hammerhead channels 1920s gangsters like Al Capone, and pulls it off with a Tommy Gun 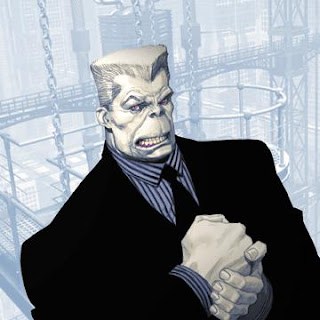 Tombstone is an African American albino. An imposing man, he utters words only in whispers. His strength super comes from a gas-filled chamber at the Osborn Plant.

Posted by 2morrowKnight's Awesome Blog at 2:57 AM