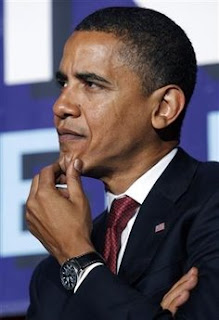 I know you've heard the news by now: President Obama created http://www.opportunity.gov/, another great resource for America's unemployed.
It was created because President Obama wants to make it easier for those receiving unemployment to enroll in school or job training programs. Giving up one's monthly unemployment check is often a requirement to returning to school. And, if they decide to enter school, qualifying for federal aid is mostly impossible.

The Obama administration will ask states to make exceptions so that the jobless can attend a community college or pursue other education or training, and keep their benefits. Yes, some states will be resistant, especially those headed by Republicans looking to run for president in 2012. But this looks to be a coast-to-coast hit with the unemployed.
The president clearly understands what it will take to get us out of the worst economic downturn since World War II. It will take a break from a lot of conventional thinking, and a willingness to try new things.
Let me also be incredibly clear about something: this website, OPPORTUNITY.GOV is yet another example of why President Obama will easily go down as one of the greatest presidents of all time. No, not because he's the most perfect president to ever sit in The Oval Office - because there are no perfect people, and yes, its still early in his term. But at this rate, with all that's he's done, greatness will not dare elude him. The level of "out of the box thinking" he is exhibiting is just incredible. No, scrap that: it's f&#%ing awe-inspiring!!
With unemployment at high levels, OPPORTUNITY.GOV can reinforce the services of sites like careerbuilder.com, monster.com, snagajob.com, as well as help millions of the unemployed train for GREEN JOBS President Obama has been aggressively laying the groundwork for, and that many community colleges have training classes for.
Websites like OPPORTUNITY.GOV can also go a long way towards diluting a persistent conservative argument against government intervention: that it's are no good at helping our citizens, and that the private sector is better. Well, with much of the private sector hampered by "job creation KRYPTONITE", this is the government's chance to step up, and Obama's opportunity to continue remaking the image of the U.S. Government in general, and The White House in particular. Opportunity.gov helps tremendously in this effort.
Posted by 2morrowKnight's Awesome Blog at 2:38 AM